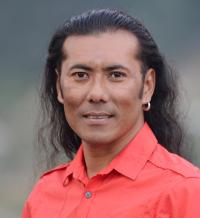 Lobsang Wangyal is a social justice warrior, using his writing, photojournalism, and events productions to do his work. He is based in McLeod Ganj, India, with worldwide reach thanks to the Web. He has appeared in books, films, magazine articles, and other media. This page will be a comprehensive list of his works.

Bio: Born in India in 1970 to Tibetan refugee parents. BA in English from Himachal Pradesh University, Shimla. Has lived in McLeod Ganj since 1994. Has been a stringer reporter and photographer for Agence France-Presse for many years. Through his eponymous company, Lobsang Wangyal Productions, he has been producing Tibetan cultural events since 2000, the best-known of which has been the yearly Miss Tibet Pageant. Others are the Miss Himayala Pageant and the Free Spirit Film Festival. He also has maintained a popular news website, Tibet Sun since 2008.

Lobsang has produced many events, large and small, over the years. A comprehensive list of all his productions will appear soon on this page. See the current ones on his Productions page.

All of Lobsang’s productions have their own websites. He designs them all himself, and he has done a few for clients as well. The websites of his current productions are presented on his Productions page.

Lobsang’s photos of the exile Tibetan world, especially of His Holiness the Dalai Lama, accompany stories by Agence-France Presse and in his own Tibet Sun news portal. His photos also appear in many other news media, however most are uncredited as he is a stringer.

Selections of his photos can be seen in the Week in Photos section of Tibet Sun, the Photography section of this website, and at Getty Images.

Lobsang in the news

Tibet Sun in the news

Lobsang’s news portal TibetSun.com is cited in news articles and other media. Some of them are linked here.

Lobsang on the web

You can read more about Lobsang on his support pages at WebWalker.to and GoGetFunding
Help Lobsang continue his works here.